The authors Mary Lee Esty, Ph.D. and C.M. Shifflett are not messing around in their page-turning text on concussions. Again and again they emphasize that the bumps and bruises that we experience from bonking our heads on this or that are not to be taken lightly. While the stars may fade from our spinning vision and the swelling go down from an accidental slam, deeper issues may linger and increase in severity in our fragile brains.

Moments after injury, these lurking issues often dodge the expert eye of our most cutting-edge, ER imaging machines. Victims leave the hospital with talk of "just a minor concussion" yet many find themselves experiencing residual headaches, mood changes, photophobia and short-term memory loss in the months to come.

Concussions, even minor ones, are to be taken seriously.

This book is full of surprising connections. From concussions in history to the recent NFL scandals to the high percentage of prison inmates with histories of concussion, "Conquering Concussions" is one of those reads that starts to change how you look at the world.

For example, concussion are categorized as traumatic brain injuries (or TBIs) and a common theme in TBIs are cognitive and emotional change. Basically, even though your neighbor or coworker may have "only knocked their head" in some slapstick style, its very common for longterm symptoms to look a lot like PTSD.

But you might be thinking PTSD? Like with veterans or victims of abuse? The answer is a huge YES.

Researchers are finding that the brain of a soldier who stood too close to bomb blast or a football player who was hit into next week look very similar to victims of psychological trauma. And let me tell you, this book does a fantastic job in explaining how psychology and physiology interlace.

To make a long story short, this connection has a lot to do with damage directly to the brain and the endocrine glands (hypothalamus and the pituitary) that neighbor the brain.

Symptoms vary based on the location of impact. Primary symptoms include:

A big part of this book has to do with a therapy called Neurofeedback. Neurofeedback is a new one on me, but as the authors write, the process has been around for almost 100 years.

The concept is still a bit fuzzy to me even after reading this book. Perhaps this is because researchers themselves are also unclear on the why this therapy gets results.

It seems that a neurofeedback therapist places brain-wave recording electrodes across the patient's head. Traditionally, the patient will look at a screen with a video of fireworks or flowers or listen to beeping noise. When the patient's thoughts are vibrating the correct frequency, images appear and noises beep. When those thoughts are out of sync, the images disappear and the noise goes away.

In this way, the neurofeedback machine trains the brain to function at the correct or appropriate wavelength.

Another style is called passive neurofeedback where patients simply think whatever they desire and the machine recalibrates their brain for them - obviously much more passive on the patient's part.

Both methods have empirical data that show patients with concussions, PTSD, autism and ADHD benefitting from this unique therapy.

Obviously something to keep on the radar! 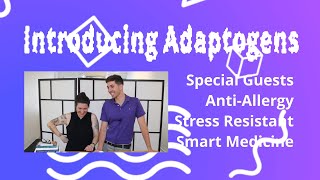 Urban Remedy Talk on the Horizon